General Electric is an American conglomerate operating in the aviation, healthcare, power, renewable energy, digital, additive manufacturing, venture capital, finance, and lighting industries. Its aerospace subsidiary, GE Aviation, is one of the top aircraft engine suppliers in the world, offering engines for a majority of commercial aircraft. Their primary engine products include turbojets, afterburning turbofans, low-bypass turbofans, light turbofans, turboprops, propfans, and turboshafts, though they produce a diverse range of additional engine types.

General Electric parts such as valve, Stud, Sensor, Manifold & tube, and part numbers including 5SME44JG1005 ,L45841G02, and many more are readily available from AFR Enterprises. As AFR Enterprises is a leading General Electric aviation parts distributor, we have an extensive inventory of greater than six billion new and obsolete parts for the aerospace, civil aviation, and defense industries, many of which are listed in our GE Aviation parts list. General Electric’s long standing commitment to excellence is just one of the many reasons we do business with them.

If you are in need of a General Electric parts supplier, look no further than AFR Enterprises. General Electric parts are just a small fraction of our inventory, and our international supply chain network that spans the United States, Canada, and the United Kingdom puts even more parts at your disposal with short lead times and competitive prices. To see how we are revolutionizing the parts procurement process, submit an RFQ today. Our team of dedicated account managers is standing by and will reach out to you in 15 minutes or less. 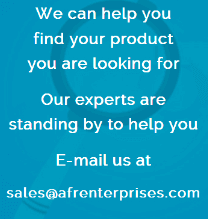 The only independent distributor
with a NO CHINA SOURCING Pledge

Thanks for Visiting AFR Enterprises.

We Hope that You Will Visit Us again the Next Time You Need NSN Parts and Make Us Your Strategic Purchasing Partner.

We use cookies to ensure that we give you the best experience on our website. If you continue to use this site we will assume that you are happy with it.